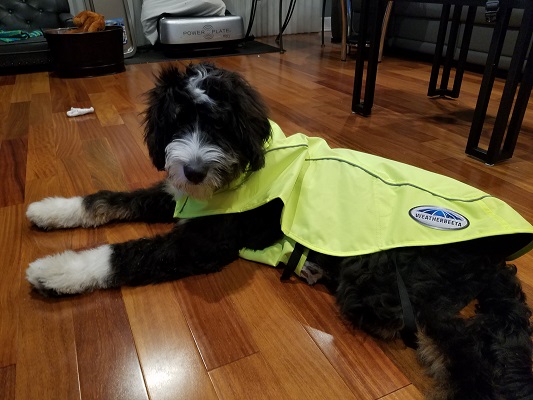 Have you ever felt like things were meant to happen...that people were meant to come together? Well, this is how I feel about Ray and Lexie. Alicia Marshall and I are two moms who love our kids more than anything. We have a lot in common. We both have a child with needs that are different and that often starts a conversation. But that was just the beginning.

Lexie, Alicia's daughter, who is hearing impaired, has had a service dog for many years. Her service dog helps her with sounds she cannot hear. Right now, she is training her new service dog, Scout. Scout is 7 months old and his parents are Willow and Easton.

When Alicia and Lexie read my email about Ray, they knew they could change his life by providing a bernedoodle puppy. On the Highfalutin Furry Babies website, it states Alicia and Lexie have the right to choose first for a donation puppy. To be honest, it was a little scary...how could someone else know what Ray would need in a service dog? How can they know enough about a puppy's intelligence and temperament when they are so young? Would this all work out?

On January 17th, I received some messages from Alicia with a few questions. The next thing I knew, she posted a photo of then Cupid (now Bacchus) on Facebook as Ray's donated furry baby. We were in shock. I told the news to Ray when I woke him up on the 17th and his face was priceless. He immediately wanted to Facetime with Alicia (Lexie was at school already) and thank her.

Alicia subsequently shared that Bacchus was from Willow and Easton’s litter, so he is a brother to Lexie’s Scout. Alicia and Lexie did temperament and intelligence testing and they felt Bacchus would be a great service dog for Ray. It is obvious that the Marshalls take Lexie’s Dream very seriously. They spend countless hours raising, donating and supporting furry babies all over the world.

We could not wait for Bacchus's arrival. We asked Alicia if Lexie could come to NJ, so we could all meet her and thank her. Alicia did not know if she could arrange for that. Then, as always, Alicia came through and said she would bring all 3 of her kids to NJ to meet Ray. We were so excited!! 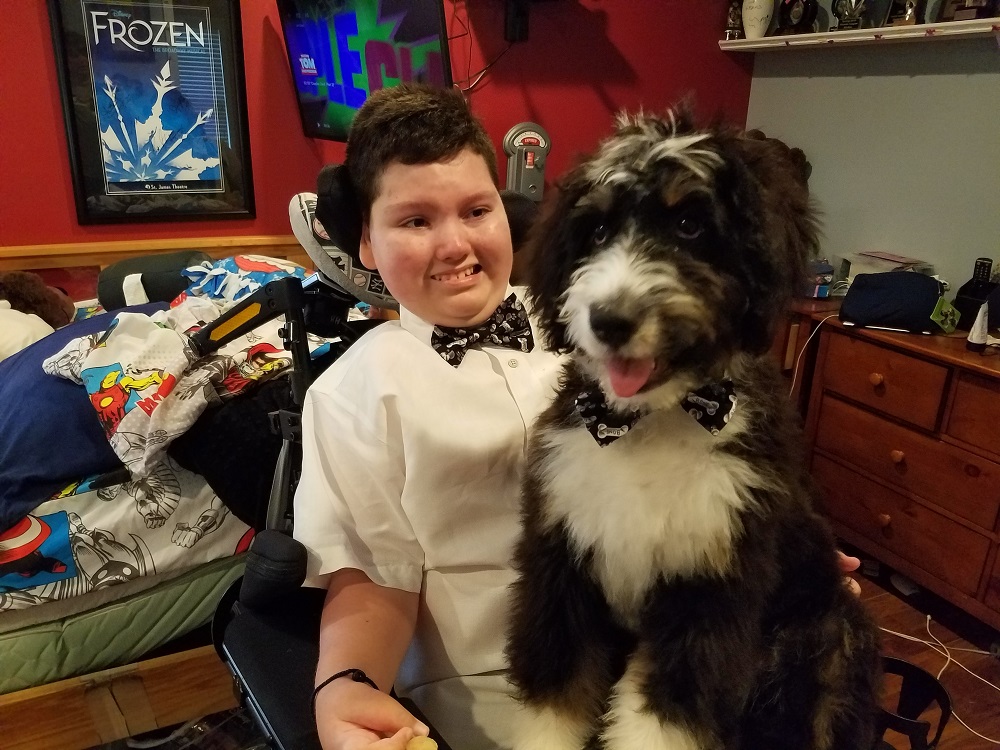 We could not wait for Saturday March 16th to arrive. Bacchus went to a month of initial training in Florida. Ray watched anxiously for updates from the trainers. He asked me tons of questions and started to do a research project for school on bernedoodles. He wanted to be prepared for Bacchus's arrival.

After several flight delays, Alicia, Lexie, Emme and Preston arrived....at 3 in the morning. The kids were exhausted and went to bed but Alicia stayed awake to introduce us. As soon as we put Bacchus on the couch with Ray, they just connected. He very calmly laid on Ray and they looked at each other. It was as though Bacchus knew what he was meant to do. At that moment we knew Alicia selected the right puppy for Ray.

When Lexie woke up and met Ray, they chatted about things they have in common. They spoke about Scout and Ray said he would like to meet him. Lexie, Emme and Preston constantly pet and held Bacchus; we knew they loved him. Alicia spent hours going over his care and his medical history. She asked Ray to sign the purchase agreement stating he would take care of Bacchus. 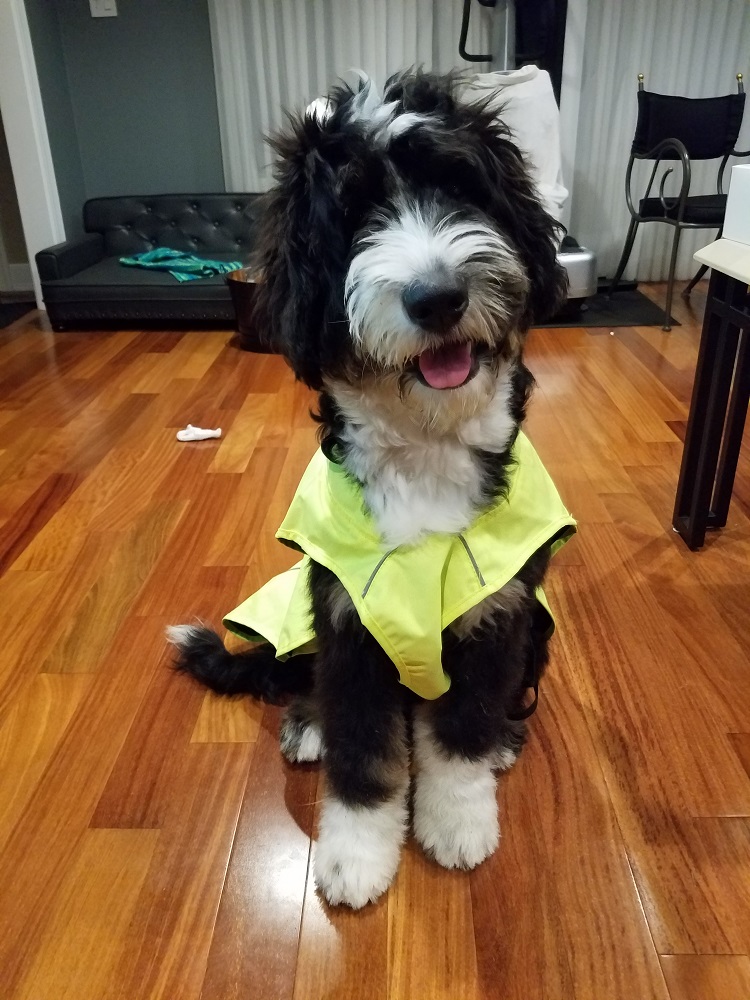 He gladly signed his name.

Upon Bacchus’s arrival, we identified several items we needed. One such item was a raincoat. We started to research who made the best one. Ray used to participate in horse therapy and remembered they had coats. We spoke to the farm and asked them whose coats they had. They said WeatherBeeta and they were extremely pleased with them, so we decided that we wanted a WeatherBeeta raincoat for Bacchus. The day it arrived, it rained so we were able to use it from Day 1. It is an extremely well made raincoat and it covers his entire body. We love it!!! We know Bacchus will stay dry if he is wearing his WeatherBeeta raincoat.

Since Bacchus’s arrival two months ago, Ray seems more confident and happier. He says his life is perfect now that he has Bacchus. For someone with as many physical limitations as Ray has, to say that his life is perfect, really puts things in perspective. We have signed Bacchus up for several training classes and private lessons in our home. We take Bacchus to Ray's physical therapy appointments. Ray wants to take Bacchus to school after he has completed his training as well as to his Miracle League baseball games during the Summer. The Adventures of Ray and Bacchus have only just begun....stay tuned for more!!