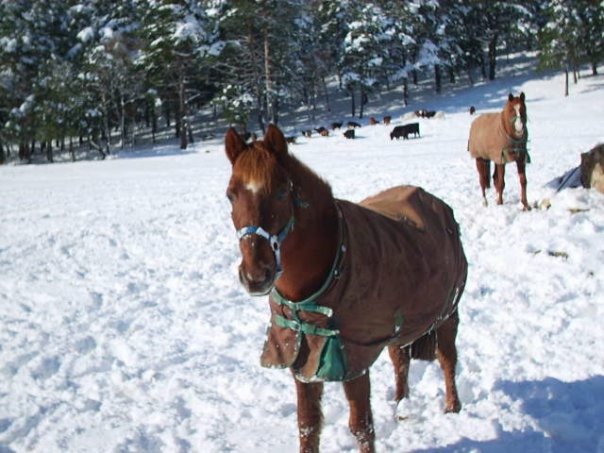 As I boarded the flight to come home on Friday evening I knew it would be a sad one. It would be the first time in 25 years that I wouldn’t be greeted by the ever so familiar neigh. Even though I only get to visit my parents once or twice a year, my first pony, Billy, still recognized me when I called his name.

Billy came into my life when we were both 7. A 13.2hh liver chestnut with a bright white star he was beautiful... and really unsuitable for a novice! In fact the first time I sat on him he promptly planted me back on the floor before my mom had even had the chance to say “Pick up your reins”.

Billy had been bought by the local riding school as the next super star jumping pony. Unfortunately he never quite made it into lessons. He colicked shortly after arriving and when he was turned out for recovery he tried to run through the post and rail managing to impale himself in the chest. This left an ugly injury which repulsed the riding school patrons and it was decided he had to go.

We had a few horses on our farm at home and as I had recently started riding we welcomed him with open arms (a gaping hole in his chest was of no concerns to us).

After several unsuccessful attempts to ride him my Mom decided to turn him away for a year to give me a chance to improve my stick-ability skills, not that that helped much!

For the first 3 years I spent more time on the floor than I did aboard. To begin with it only took a simple yank of the reins or a sly shy at a flower for me to topple off. As I got better though, his creativity improved until he turned into a bronking rodeo machine. I’d say he taught me to stay on, but I think it would be more accurate to 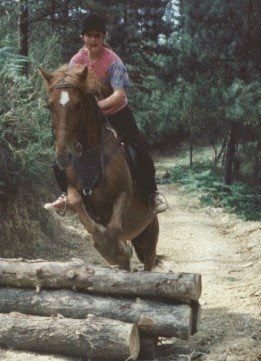 say he taught me to fall off! He also had a brilliant sense of humor. Once on the ground he would walk a mater or two ahead of me never quite letting me catch him, so more often than not I’d finish our hacks walking home behind him.

I was about 10 when I finally managed to stay on and from that day on the friendship truly blossomed. Brilliant at keeping secrets I would often sit on him for hours on end whilst he peacefully grazed as the sun set listening to all my embarrassing teenage dramas.

We played games too. If I ran, he ran behind me until he’d nudge me and then he’d run away - can ponies actually understand the rules of catch? I’m sure Billy did! He’d let me stand on his back under the apple tree so I could shake the apples off (to this day my Mom still doesn’t know how the horses managed to get the apples from the higher branches). We’d go hacking through the endless forests that surrounded the farm, more than once returning home in the pitch black because I’d got us totally lost. He always knew the way home though!

The memories are endless and as I clear the tack room of his old belongings they all keep flooding back. So here I sit, sobbing my eyes out, sitting on his trusty old WeatherBeeta turnout, the blanket that kept him warm and dry for more than 15 years!