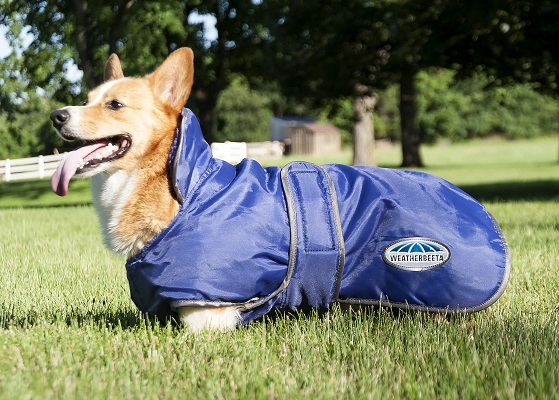 As the nights are drawing in and the heating is going on, I am becoming increasingly aware of the fact that my constant companion of the last decade is slowing down. When on the yard with me in the mornings he is now choosing to snooze in the tack room, curled up under a duvet until the world shakes off the chill of an autumn sunrise and the sun begins to warm the honey-coloured stones of the stables.

Where previously my dog would spend these early autumn mornings patrolling the fields behind the stables, occasionally appearing at a stable door, squeezing himself past the wheelbarrow to join me for a while as I mucked out, before bounding off again to send pheasants clattering up into the clear dawn sky and rabbits scampering back below ground – he now sleeps and avoids the chill of the morning. He feels his age a little more with every frosty morning, and particularly struggles on mornings when the air is damp and heavy, and a still, arcadian blanket of fog quietly settles itself over us.

This kind, wonderful old dog who has given so much to me over the past decade cannot simply resign himself to old age – I shan’t allow it. If I can ease his aches on these bitter mornings I will do – anything to see my old friend back out in the fields as the moon sinks behind the hills and a watery dawn throws icy fingers of golden sunlight across the land. That being said, someone recently suggested that I try a coat on him. This dear old friend of mine, who has never worn a coat in his ten years with me, now boasts a wardrobe most fashionistas would be proud of. His latest addition is a WeatherBeeta Deluxe Windbreaker, which has transformed frosty mornings on the yard with my best friend.

Waterproof dog coats work very well for him for those hideous, drizzly English mornings, but the tough waterproof material isn’t as soft and cosy as the lovely fleece lining of this new coat. The extended collar makes him feel terribly distinguished whilst on his morning patrol around the fields, and the fact that this coat is water-resistant is an even bigger bonus – meaning that if he happens to roll around in the crunchy, frost-bitten grass, he won’t end up soggy and cold. The fit is excellent, not rubbing him anywhere or hanging loose whilst he explores, and thus far it has lasted far longer than any other brand of dog coat that I have tried (I have tried several coats from other brands that ended up being left hanging from hedges as the Velcro gave up the ghost mid-wandering).

All in all, I am incredibly grateful to the designers at WeatherBeeta for allowing my dear old dog to once again spend his mornings exploring glittering frosty fields by moonlight, rather than curled up in the tack room feeling his age. Thank you for giving my dog his youth back, and for keeping him warm. We are now more than ready for whatever winter throws at us – we will definitely beat any weather that comes our way, thanks to WeatherBeeta.